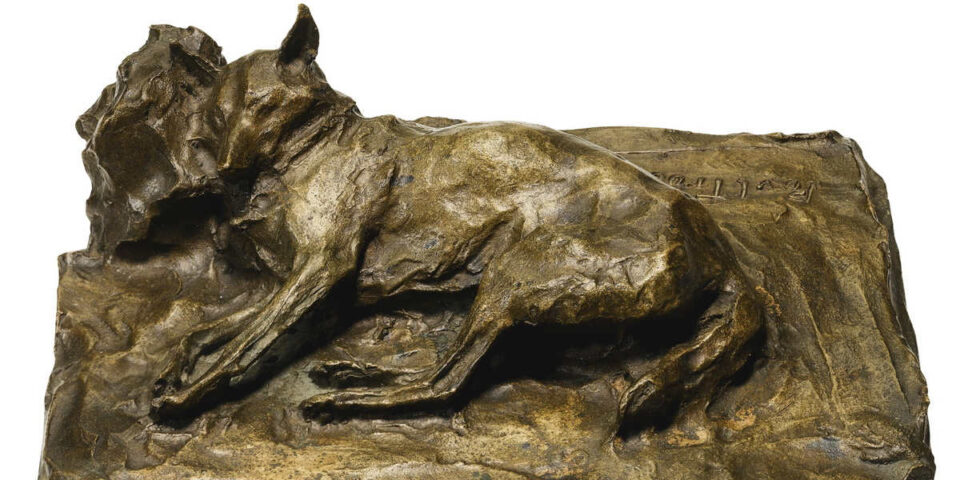 Prince Paul Troubetzkoy was celebrated during his career not only for his sculptures, but also for his influence on the international art circuit. Having lived in Russia, France, Italy, and America throughout his life, he was known for his ability to absorb and understand culture so he could leave his own mark. We look at what his style did for both France and America during his career(1886 – 1938).

In 1906, Troubetzkoy left Russia after the Russo-Japanese war broke out. He would stay in Finland and Milan before settling in Paris. There, he was invited to sculpt a monument of one of his favorite writers: Leo Tolstoy. The prolific author had long been a fan of Troubetzkoy’s sculptures and the two had become friends when both lived in Russia.

Not long after, the artist joined the ‘Société Nouvelle des Peintres et Sculpteurs’, led by Auguste Rodin. In 1908, he completed the bust of another admirer of his work: George Bernard Shaw. (The Irish playwright was so captivated by the results that it was the first of several sculptures to be completed by Troubtezkoy.) In 1909, Troubetzkoy famously completed a sculpture of Countess Thamara Swirskaya, a Russian dancer and musician.

Americans would first see Troubetzkoy’s work in 1911 when it debuted in a solo exhibition. From there, his work was featured in prominent cities like St. Louis, Boston, and Chicago. After visiting one of his exhibitions in New York in 1914, he decided to stay in America until 1921. During the war, he would come to be known for his experimental style in America, which would catapult him to fame there too.

In 1919, Troubetzkoy won a competition to design a statue to General Harrison Gray Otis in Los Angeles. After moving to the city, he would go on to sculpt famous actors of his day, including Douglas Fairbanks and Mary Pickford. He was inspired by the culture of Hollywood, but he was also interested in the art and culture of marginalized groups, such as the folklore of Native Americans.

After Troubetzkoy left America, he came back to Paris and rented a studio in the suburb of Neuilly Sur Seine. After 1921, he underwent something of a transition from his style. He would depart from the realism he had come to be known for in Russia to the elegance that portraits of the day demanded.

The sophisticated renderings of subjects like Giovanni Boldini and John Singer Sargeant were both accurate and detailed, even though he was known for his fast fingers. You can see these works in France and throughout America today.

Sculptures are more than just a way to capture someone’s likeness. These 3-D masterpieces have a way of bringing history to life, often in the middle of busy public places like parks and museums. When Troubetzkoy worked, his goal was to treat his subject with the gravitas they demanded. He might have been known for his quick and loose style, but his inspired flourishes only enhanced the final results.

Paul Troubetzkoy was born the second child to Russian royalty, but it was his talent that led him on a storied career around the world. His oeuvre has inspired art enthusiasts to launch detailed archive projects that would ensure all of his work was documented and preserved.

When is the greatest Time for you to Sell Your Business?

Best Business Possibilities for Small Companies – A Search for that Ultimate Goal?