At some point in our life, nearly all of us wanted to learn chess. Thankfully, it isn’t that hard to grasp. Even a 5-year-old can learn the game if taught correctly. However, this does not mean that mastering the game is as easy as learning the basics. You can understand most of the basic rules in mere weeks, but it takes years upon years of practice to even come close to mastering it. Mastering aside, the purpose of this article is to inform you on how to play the game correctly. Without further ado, let’s start with this chess guide.

How the pieces move: 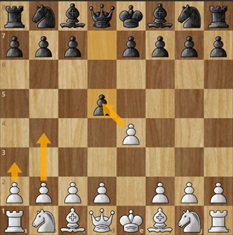 Let’s begin this chess guide with the movements of the pieces. You have the pawns, knights, bishops, rooks, queen, and the king. Each of them has a specific way of moving. All of them can capture by replacing the opponent’s piece, provided they move legally.

First of all, let’s start with the pawns. There are two things that you need to keep in mind. It moves vertically, and when it has to capture a piece, it moves one square diagonally. At the commencement of the game, it can shift 1 or 2 spaces vertically. However, the 2 square rule applies only in the first move of the pawn. After it has dislocated once, it can only move one square vertically from then on.

Now let’s proceed on to the knight. While the movement of other pieces is relatively straightforward, the case is peculiar with the knight. The knights move in L shapes. That is, two squares horizontally or vertically, then one square in the perpendicular direction. One other thing to add is that the knight can jump over pieces, something only it can do. 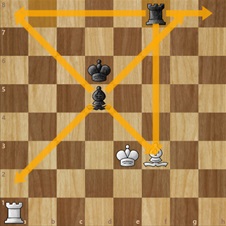 Next to discuss are the bishops and rooks. The movement of these pieces isn’t very complicated. The bishop can move diagonally as far as you require it to go (considering there aren’t pieces blocking it). The same can be said for the rooks, though the rooks move vertically and horizontally instead of diagonally.

Let us now shift our attention towards the two most significant pieces on the board. Let’s discuss the queen first. The queen is the most potent piece. It behaves both as a bishop and rook. It can control numerous squares at one time; therefore, it has tremendous scope. The king is the most valuable piece in the game but arguably the weakest. It can move in any direction, but one square at a time. It is an exceedingly vulnerable piece. If it is in danger, it is mandatory for you to move it or defend against the attack. Therefore, the king should remain in the corner for the majority of the game. 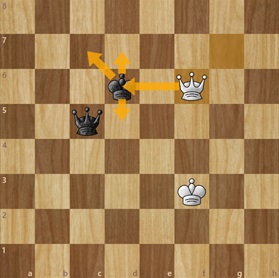 Check is a situation in which your king is under threat of an attack, which means it is under threat of being captured by an enemy piece. One thing to keep in mind is that you cannot leave your king in check. It simply isn’t a rule for your king to be taken away. Therefore, whenever it is under threat, as I have mentioned before, it is compulsory for you to move it in a way that it remains out of danger. Moving the king isn’t the only option. You can block the attack by placing a piece in between, or you can capture the one that is attacking the king. All of this ensures your king is out of harm’s way in the next move. 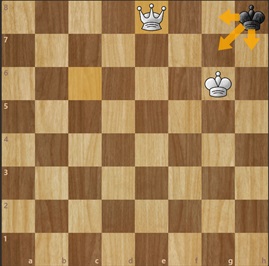 If you ever find yourself in a situation in which whatever move you make, it’ll still be check, that’s checkmate. What checkmate means is that your king is under threat of being captured despite anything you do. At this point, you’ve lost. That is essentially the goal of the game, which is trapping your opponent’s king and winning the game by doing so. 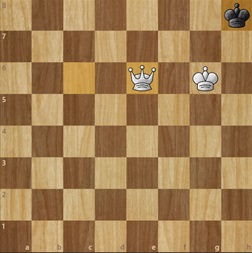 Let us now discuss a comparatively exceptional case. If because for some reason, you can’t make a legal move and your king is not in check, then that is known as a stalemate. Fortunately, the game ends in a draw. Even though your opponent may be up in material and is close to checkmating you, it won’t be to his advantage whatsoever. Consider yourself lucky in this circumstance.

While all of the rules may seem logical and rational, there are two particular exceptions. These are known as En passant and castling. 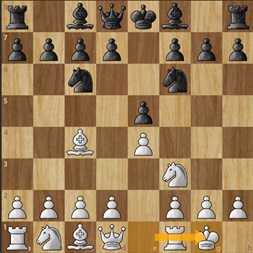 Castling is a situation in which you’re allowed to move two pieces at once, namely the king and the rook. We can castle with the queenside rook or the one on the kingside. In castling, the king moves two squares to the left or right, and the rook is displaced one square horizontally to the king in the opposite direction. However, there are some things you need to keep in mind before doing this. If the king or rook have moved, then castling cannot be done. If the king is in check, it cannot be performed in that instance as well. If there is a piece that can potentially attack the king while it castles, then it is not possible in that situation as well.

Next, let’s examine En passant. En passant is a special rule in which you’re allowed to capture a pawn in a certain way. Consider a situation in which you’ve moved your pawn three squares vertically. The opponent then moves his pawn two squares vertically as well, leaving both of them standing side to side with no empty squares in between. You now have the option of moving your pawn diagonally one space behind the enemy’s pawn and capturing it. You only have the opportunity of doing this in the very next move, or else you won’t have the option to anymore. This rule is the only exception in which you can capture a piece without directly taking its square.

I now conclude this beginner’s chess guide. Of course, there are many more things to learn about chess. However, I have tried my best to cover the basics for the people who are new to chess. 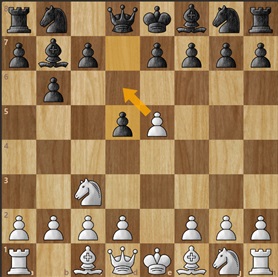 If you’re new to chess and want to play online, coolmathgames.com is a spectacular site where you can play chess with random people. It provides the best experience with minimal ads. In addition, you can choose from various time formats. Moreover, it’s up to you whether you want to be black or white in any game you play, an option not available on many sites. Finally, with an elegant board and pieces, an enjoyable time is guaranteed.

What Do You Want to Know About Your History?

Why Educators Should Become Enthusiastic Readers